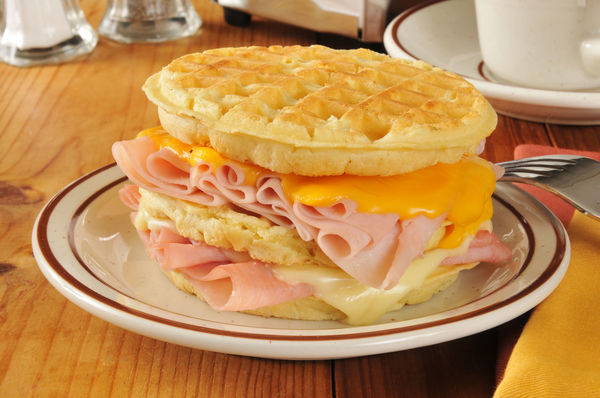 This may be one of my favorite concoctions EVER. I used to make something similar when I was in college and had limited sandwich making resource. Although back then it was just Eggos, cheese and ketchup. Like I said, limited resources. And Costco sized Eggos, cheese and ketchup last forever. But now that resources aren’t so limited, and time between shopping sprees isn’t so great, I like to splurge on turkey. But not just any turkey. Deli turkey. And also upgraded cheese. No longer is it just named after a color. Now I use cheese that’s named after a place. This is a graduate level sandwich to match your graduate level tastes. Live it up!